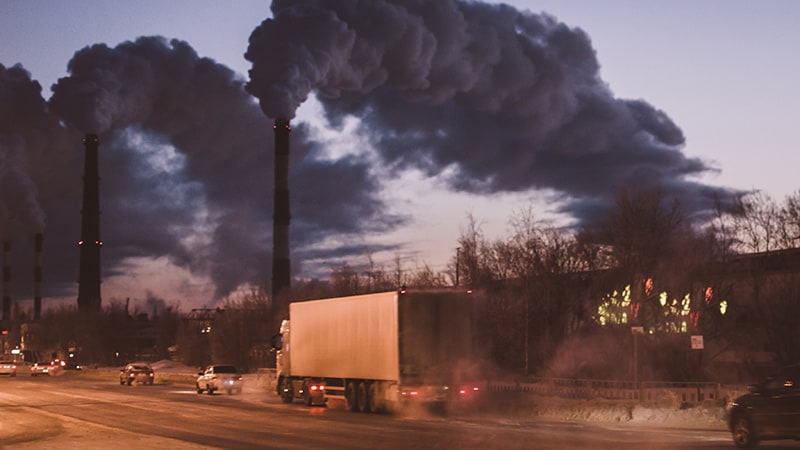 Higher levels of air pollution were associated with an increased risk for amyloid-beta pathology in a new study of older adults with cognitive impairment.

“Many studies have now found a link between air pollution and clinical outcomes of dementia or cognitive decline,” lead author Leonardo Iaccarino, PhD, Weill Institute for Neurosciences, University of California, San Francisco, told Medscape Medical News. “But this study is now showing a clear link between air pollution and a biomarker of Alzheimer’s disease: it shows a relationship between bad air quality and pathology in the brain.

Older adults exposed to air pollution might have a heightened risk of abnormal “plaque” accumulation in the brain, a new study suggests.

Plaques refer to clumps of protein called beta-amyloid that build up in the brains of people with Alzheimer’s disease.

In the new study, researchers found that among older adults with memory and thinking problems, those exposed to higher levels of air pollution were more likely to show plaque buildup on brain scans.

The findings do not prove air pollution causes plaques or dementia, said lead researcher Leonardo Iaccarino, a postdoctoral fellow at the University of California, San Francisco’s Memory and Aging Center.

But the results add to a body of research suggesting that air pollution is a risk factor for dementia.

A recent study, for example, found that older Americans living in polluted ZIP codes had higher odds of being hospitalized for dementia or Parkinson’s disease than people

Sarkar’s son and older brother were both infected with the novel coronavirus. Although her son recovered, her brother died in October. This year is “particularly frightening,” she said.

Delhi is battling both toxic air and a record surge in coronavirus cases. Doctors and scientists say the combination will have deadly consequences, as exposure to pollution increases the risk of severe respiratory illnesses. Air pollution also makes people more prone to infections, they say.

India has recorded more than 8.7 million coronavirus cases, second only to the United States. While fresh cases nationwide have fallen sharply since September, Delhi is an exception to the trend.

The city is adding more than 7,000 cases a day, and that figure is expected to rise. More than 100 covid deaths were reported in Delhi on Thursday, a record. Meanwhile, the number of open hospital beds equipped with ventilators is dwindling.

The fresh wave of