Hopes for a first wave of vaccinations before the end of 2020 received a boost with US firm Moderna saying it was filing Monday for emergency authorization of its Covid-19 vaccine in the United States and Europe.

After top US scientists warned Americans to brace for a “surge upon a surge”, Moderna reported full results had confirmed a high vaccine efficacy estimated at 94.1 percent.

The first of Moderna’s two doses could be injected into the arms of millions of Americans by the middle of December Photo: AFP / JOEL SAGET

It was set to join American pharmaceuticals maker Pfizer and Germany’s BioNTech, which applied for similar approvals last week, and have predicted their vaccine could be greenlit in the US shortly after December 10.

If the US Food and Drug Administration agrees Moderna’s product is safe and effective, the first of the drug’s two doses could be injected into 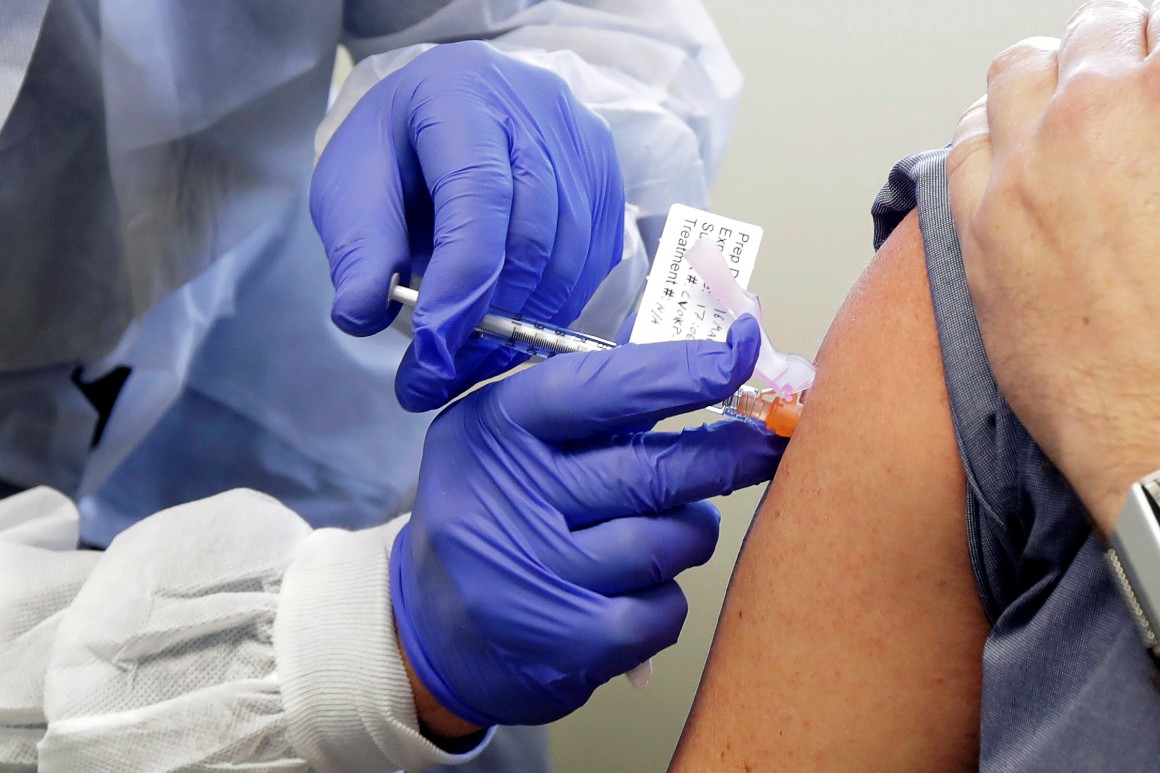 The Department of Health said Sunday it had increased its order for a vaccine developed by U.S. firm Moderna from 5 million to 7 million doses, enough for 3.5 million people.

The Moderna vaccine is expected to be referred soon to the U.K.’s Medicines and Healthcare Products Regulatory Agency, to see if it is safe and effective. Two other vaccines — one developed by Pfizer and German firm BioNTech, the other by Oxford University and AstraZeneca — are already being assessed by the regulator, the final stage before being rolled out.

Hospitals in England have been told they could receive the first doses of the Pfizer shot as early as the week of Dec. 7 if it receives approval, the Guardian and Financial Times reported. The U.S. vaccination program also hopes to 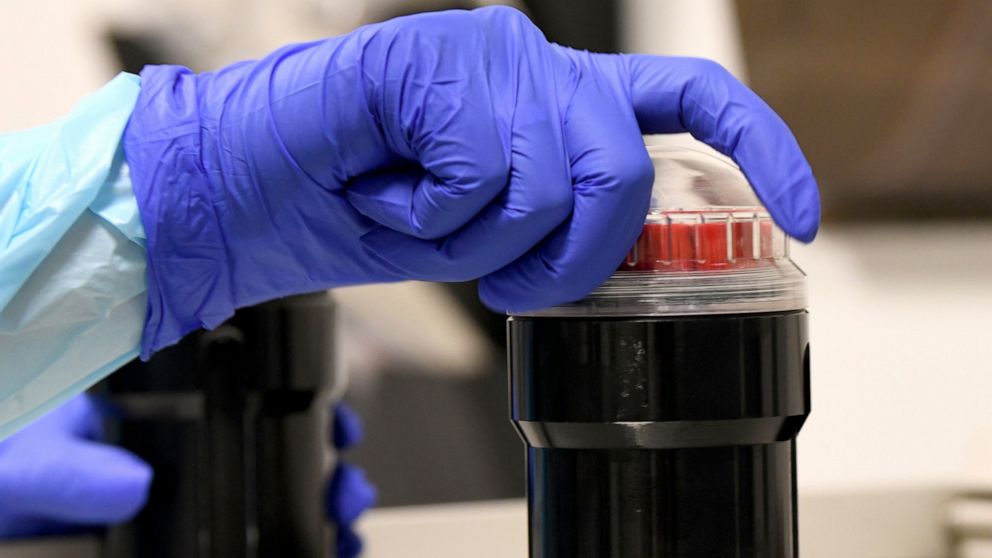 LONDON — Britain said Sunday it has secured 2 million more doses of a promising coronavirus vaccine as it gears up to launch within days the country’s most ambitious inoculation program in decades.

The U.K. has had Europe’s deadliest coronavirus outbreak, with more than 58,000 confirmed virus-related deaths. It now hopes to hit a more positive milestone by becoming one of the first countries in the world to start vaccinating its population against COVID-19.

The U.K. government has agreed to buy more than 350 million doses of vaccines from seven different producers, should they prove effective, as it prepares to vaccinate as

When the British-Swedish drugmaker AstraZeneca announced on Monday that its experimental coronavirus vaccine is 70% effective on average, the world exhaled a collective sigh of relief and stocks rallied. Another vaccine with promising results had arrived.


But a lack of clarity surrounding several aspects of the data from the AstraZeneca vaccine trials have raised some eyebrows in the scientific community, potentially setting back the timing for the vaccine to be authorized in Europe and the US.

AstraZeneca said on Monday that study participants in the UK had been given two different courses of the vaccine.

The drugmaker, which developed the vaccine with the University of Oxford, did not however, at the time, explain why they used two different dosing regimens or why the size of 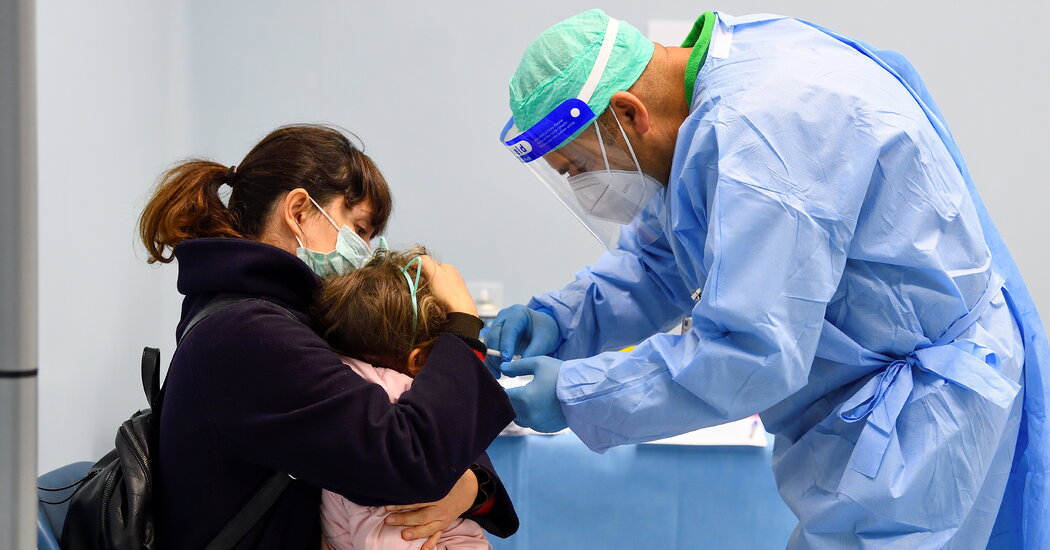 After suffering through two big outbreaks of the coronavirus, many people in Italy greeted news that a vaccine could be available by early next year with some optimism.

But one of the country’s most renowned virologists and Covid-19 experts has provided a reality check about the country’s ability to carry out a mass vaccination drive — he says he hasn’t even been able to get a simple flu shot.

“It’s a real scandal,” the virologist, Massimo Galli, director of the infectious disease department at the Sacco hospital in Milan said Sunday on Italian television. While he expressed hope that the country would eventually be able to distribute a coronavirus vaccine to citizens, Mr. Galli said the outlook was “ghastly.”

That Mr. Galli, who is 69 and among the most recognizable, quoted and consulted coronavirus experts in the country could not get his hands on a simple flu vaccine renewed concerns

The United States hopes to begin coronavirus vaccinations in early December, a top government health official said Sunday, the latest positive news to emerge even as cases surge across the worst-hit nation and elsewhere around the globe.

The beginning of vaccinations could be a crucial shift in the battle against a virus that has claimed more than 1.4 million lives worldwide, including 255,000 just in the US, since emerging from China late last year.

A slew of positive results from vaccines has bolstered hopes for an end to the pandemic as surging cases force nations to reimpose restrictions and lockdowns that slowed the spread earlier this year but turned lives and economies upside down across the globe.

A restaurant employee cleans a plexiglass table divider while preparing for outdoor dining service in Manhattan Beach, California, a few hours before the start of the new 10:00 pm to 5:00 am curfew