WILMINGTON, Del. (AP) — President-elect Joe Biden fractured his right foot while playing with one of his dogs, an injury discovered in a scan Sunday and that will likely require him to wear a boot for several weeks, his doctor said.

Biden suffered the injury on Saturday and visited an orthopedist in Newark, Delaware, on Sunday afternoon, his office said.

“Initial x-rays did not show any obvious fracture,” but medical staff ordered a more detailed CT scan, his doctor, Kevin O’Connor, said in a statement. The subsequent scan found tiny fractures of two small bones in the middle of his right foot, O’Connor said.

“It is anticipated that he will likely require a walking boot for several weeks,” O’Connor said.

Fractures are a concern generally as people age, but Biden’s appears to be a relatively mild one based on his doctor’s statement and the planned treatment. At 78 he will 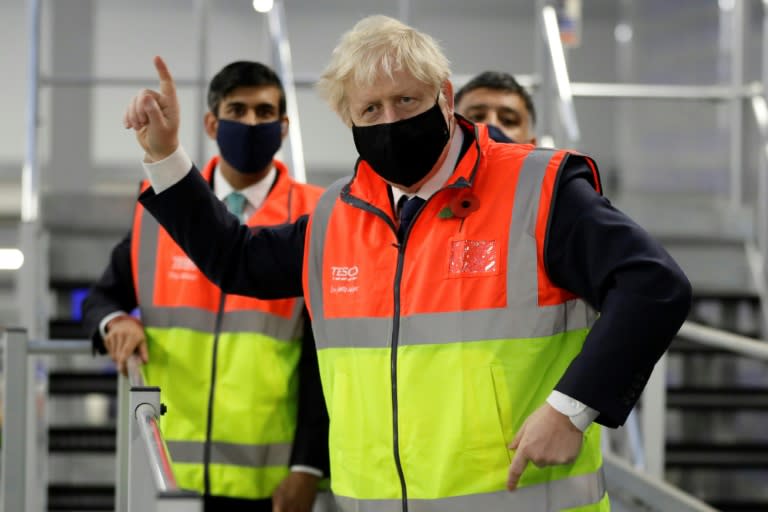 British Prime Minister Boris Johnson said Monday he was in “good health” and had no symptoms despite self-isolating after an MP he was in contact with tested positive for coronavirus.

“It doesn’t matter that I’m fit as a butcher’s dog, feel great…that I’ve had the disease and I’m bursting with antibodies,” he said in a video released on Twitter.

“We’ve got to interrupt the spread of the disease and one of the ways we can do that now is by self-isolating for 14 days when contacted by Test and Trace,” he added, saying he would lead the  virus response from his Downing Street home.

Johnson spent three days in intensive care with coronavirus in April. This time round, he said he was not suffering any symptoms and health minister Matt Hancock on Monday described him as “full of beans”.

The prime minister was informed by the  Test and Trace scheme

Albright’s Raw Dog Food is recalling 67 cases of “Chicken Recipe for Dogs” over possible Salmonella contamination. Both pets and humans who are exposed to the recalled products may be at risk of infection.

The affected products are packed in 2-pound cubs/rolls, each labeled with “Albright’s Raw Dog Food Chicken Recipe for Dogs” with the lot number C000185 and a “Best By” date of May 19, 2021, the company announced on the U.S. Food and Drug Administration (FDA) website. These items were distributed in 10 states including California, Florida, Nevada, New York and New Jersey from July 8 to Aug. 27 and were sold frozen.

The company said the problem was discovered during testing conducted by the FDA.