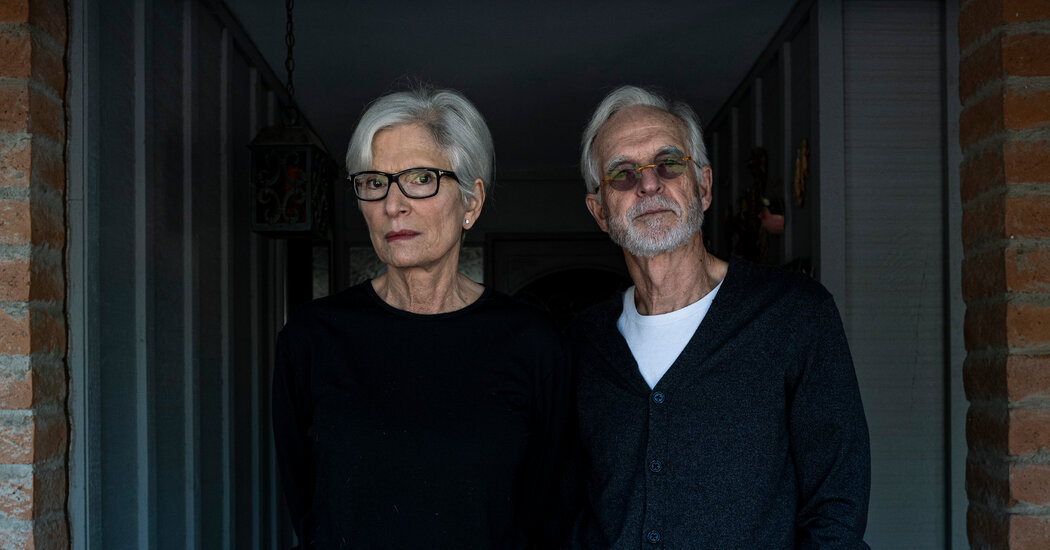 In October, Judith Munz and her husband, Scott Petersen, volunteered for a coronavirus vaccine trial. At a clinic near their home in Phoenix, each got a jab in the arm.

Dr. Petersen, a retired physician, became a little fatigued after his shot, and developed redness and swelling on his arm. But Ms. Munz, a social worker, didn’t notice any change. “As much as I wanted it, I couldn’t find a darned thing,” she said. “It was a nothing burger.”

She knew there was a 50-50 chance that she would get the vaccine, developed by Johnson & Johnson. Judging from her lack of symptoms, she guessed she had received the placebo.

At the time, Ms. Munz thought that anyone who had received the placebo would get the real vaccine as soon as the trial showed it was safe and effective. She looked forward to the peace of mind it would bring.

Here we are, still living through this damn zombie movie. Only the zombies aren’t the living dead; they’re the incompetent braindead in living bodies, jerkily animated by their own impervious wants, sightless and hollowed out, incapable of self-preservation yet wreakers of havoc and destruction on others. It took just one zombie on the Baltimore Ravens who neglected to cover his nose and mouth with a mask to thereby wreck his own team, and with a ripple effect of infection plunge the NFL into organizational chaos.


They’re easy to spot, zombies: They’re the un-sentient, disconnected husks who walk around breathing potential hell on their colleagues and neighbors. They lurch clumsily into the midst of crowded rooms with their masks either missing or dragging around their chins, spreading their odorless danger mercilessly as they